The Marvel Cinematic Universe (MCU) is an American media franchise which incorporates a shared universe that is centered on a series of superhero films. These films are independently produced by Marvel Studios and based on characters that appear in American comic books published by Marvel Comics.

-Marvel Enterprises filed for bankruptcy in 1996.
-Later on, Marvel changed its name to Marvel Entertainment and in 1998 Marvel Enterprises merged with Toy Biz, Inc.
-In an attempt to save their brand, the Marvel company signed multiple licensing deals and one by one they traded away their characters' movie rights in hopes of surviving in their industry.
-In the early 2000's, Spider-Man and X-Men became huge successes at the box office, but Marvel failed to see any of these earnings. 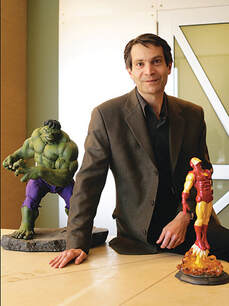 David Maisel
-Dave Maisel argued for Marvel Studios to independently produce its own films, while essentially cutting out the middleman.
-Marvel wanted to have control over their character's and their future development, along with being able to earn a sustainable income.
-In 2004, a loan for $525 million was secured from Merrill Lynch; the loan was leveraged by the Studio by the use of their intellectual properties, also know as their characters.
-Paramount Pictures ended up deciding that they would distribute the films that were being produced by Marvel.
-Marvel was able to reattain their movie licensing rights to the character "Iron Man".
-Iron Man's movie rights had exchanged many hands over the last two decades, but originally Universal Studios had bought the rights from Marvel in 1990.
-In 1996, 20th Century Fox would claim these licensing rights before New Line Cinemas would acquire them in 1999 - but in the end, they found themselves home when Marvel Studios purchased them back in late 2005. Humberto Ramos, colors by Edgar Delgado
-Marvel puts all their Easter eggs into this one basket - also known as Tony Stark.
-Marvel's gamble on Tony Stark paid off and when Iron Man launched in May of 2008, it was incredibly successful at the worldwide box office.
-Iron Man grossed $585 million with a budget of only $140 million.
-The shenanigans of genius billionaire, Tony Stark, lead the attention of another genius billionaire, known as Walt Disney.
-Disney buys Marvel Entertainment for $4.24 billion dollars, which in the end turned out to be an amazing investment on the entertainment giant's part.
-Now, as a subsidiary of Walt Disney, Marvel Studios has the funding to go about reclaiming their movie rights of their characters, that they had previously sold a decade earlier.

​The Hits Keep On Coming

The Game isn't Over

-Marvel Studio has plans to release new titles on Disney+.
-Disney+ is the perfect streaming service and platform for Marvel to share its ever-expanding universe.
-Limited Series will feature the heroes from the MCU.
-Marvel has plans to continue to create animated series. What If..?  and Marvel Rising.
-Two more feature films are due to Black Widow (2020) and Thor: Love and Thunder (2021) 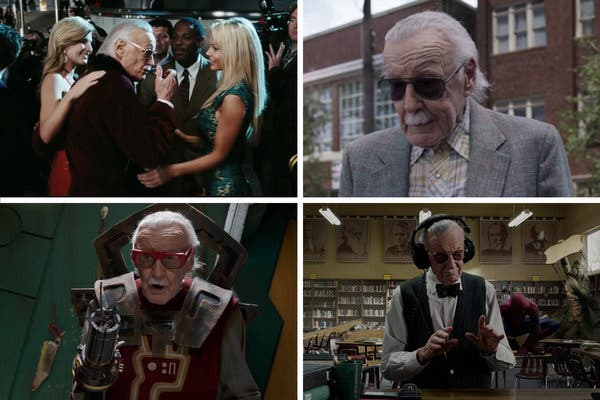 -Although Stan Lee has had minimal involvement in the development of the Marvel Cinematic Universe, his contribution to the brand was given due through this cameo appearances throughout the films produced by Marvel Studios.
-Stan Lee has been a bus driver, wedding crasher, intergalactic barber, and has made many appearances in nearly 60 different Marvel properties.
-Lee's first appearance was as a jury member in the TV movie, The Trial of the Incredible Hulk back in 1989. Since his passing away, it is said that his final appearance was in 2019’s Spiderman: Far From Home.